Members of Advisory Board

Dr. Lin Sun is Chairman of our Advisory Board, and currently works at Massachusetts General Hospital. Dr. Sun received his Ph.D. in biology from University of California at Los Angeles and post doctoral training at MGH and Harvard Medical School. Dr. Sun has co-authored a number of publications and patents in protein selection and engineering. He has been actively involved in education and has served as a member of the School Site Council at Boston Latin School for over ten years. Dr. Sun is the founding president of Friends of Chinese Culture, a parent organization at Boston Latin, the oldest public exam school in the US. He has counseled many Chinese parents and their children over the years and will be a key advisor to the Center’s policy development.

Ms. Xiaomay Zhuang is a Tax Director at PriceWaterhouseCoppers in Boston. She has more than 20 years of experience in tax planning, specializing in the technology, private equity, and corporate tax sectors. In addition to her financial and tax expertise, Ms. Xiaomay Zhuang maintains a strong interest in educational development as it applies to Chinese students in the US.

Dr. Xia is a born teacher. He is a scientist and researcher who for his 25-year career had led a range of projects in chemistry, engineering and nano-materials at very diverse organizations such as the Chinese Academy of Sciences, MIT, UTC Power in CT, and Catalytic, LLC in Cambridge, MA. Since 2009, Dr. Xia has served as an education consultant. He has been instrumental in establishing best practices in the areas of education project management, teaching and college admission test (SAT, ACT, AP) preparation. Dr. Xia’s specialty is in helping students understand mathematical and scientific concepts in order to apply them to problem solving in a classroom setting and in real life. Dr. Xia is a graduate of Northwest University, PRC, and holds a PhD degree in chemical engineering from the University of Rhode Island, with post-doctoral research at Tufts University.

Dr. Peng Li is a leader in 3D scanning in both human science and the clothing industry. He graduated from Tsinghua University in 1982 with a degree in Industrial Automation. He obtained his doctorate in 3D human body scanning and modeling from Loughborough University, United Kingdom, in 1997. Since 1997, he has been a senior computer scientist at GEO Centers, Science Application International Corp and Natick Soldier Research, Development & Engineering Center for extensive applications of 3D scanning technology in anthropometry, human factor evaluation and product design. In China, Dr. Li taught computer control, computer graphics and computer-aided design fields in Donghua University. He advocates for better and improved  elementary and secondary education for all students and actively supports TianZhuShan elementary school in Anhui, China. Dr. Li also supports the STEM programs here in the States and serves as the judge for science fairs and STEM competitions throughout the U.S.

Dr. Peng is the Chief Representative of C. V. Starr & Co. Beijing Representative Office. Prior to this position, David was Executive Director & Deputy General Manager of Dazhong Insurance Company of China. Concurrently, Dr. Peng is a Tribunal Member of Shanghai Court of Financial Arbitration and Co-Chair of Consumer Safety Assurance Committee of AmCham in South China.

Dr. Peng was Board Director, Senior Vice President and the Director of Distribution for AIG General Insurance Company China Ltd. Dr. Peng also held a number of other senior positions in AIG companies in China including the Assistant to Chairman of AIG Companies in China, the Executive Vice President & Chief Operating Officer of AIG Business Consulting (Beijing) Co., Ltd. Previously, Dr. Peng had been the General Manager of AIU Insurance Company Guangzhou Branch and Shanghai Branch respectively.  Dr. Peng, was General Manager of Minet China Ltd., a major international insurance broker’s operation in Hong Kong. In 1992, he was an insurance consultant for Shell (U.K.) Ltd. From 1989 to 1992, Dr. Peng studied at the University of Dundee of the U.K. with two scholarships for a PhD degree. In 1988, Dr. Peng obtained his Chinese Lawyer Qualification and served as the Chief Counsel of Total Chine.

Dr. Peng was a part-time professor at the Business School of Sun Yat-san University and a Research Fellow of Economic Diplomacy Center at Tsinghua University.

Dr. Zhang has her private practice offices conveniently located in West Roxbury and Sudbury of Massachusetts since January 2002.  She works closely with both Chinese and American students in providing guidance toward establishing and reaching personal and professional goals in both science and business.

Ms. Sun is Vice President and Secretary General of The Center For China & Globalization. She is also the General Secretary of China Global Talent Society. Mason Fellow of Harvard Kennedy School; Director for Asia, Harvard Global Alumni Association. Frances has more than 20 years experience in Strategic consulting, Leadership consulting and Communications. Frances has been Senior Vice President for Hill&Knowtlon Strategies (China) and Managing Director for the global leading consulting firm APCO in China. She has been responsible for SCIO (State Council Information Office) to conduct spokesperson trainings for Central and Provincial Level government officials. She also conducted crisis management trainings for more than 200 mayors across China. She helped developed the overall strategy of global communications for the Organizing Committee of 2008 Beijing Olympic Games (BOCOG) and led the global communication team for three years. Frances has been advising corporate strategies for Fortune 500 Companies in China and also strategic counsel for leading Chinese companies when they going global, like Haier, Bank of China, Tsingtao Brewery, Petro China, Hanergy, Hua wei. Frances graduates from Fudan University and Kennedy School of Government, Harvard University. She is author of several books, including the first Crisis Management Book in China in the aftermath of SARS. 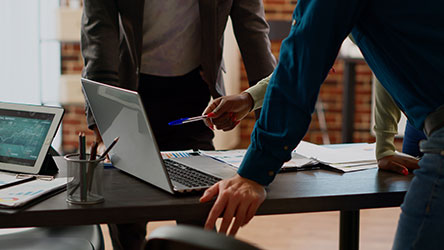